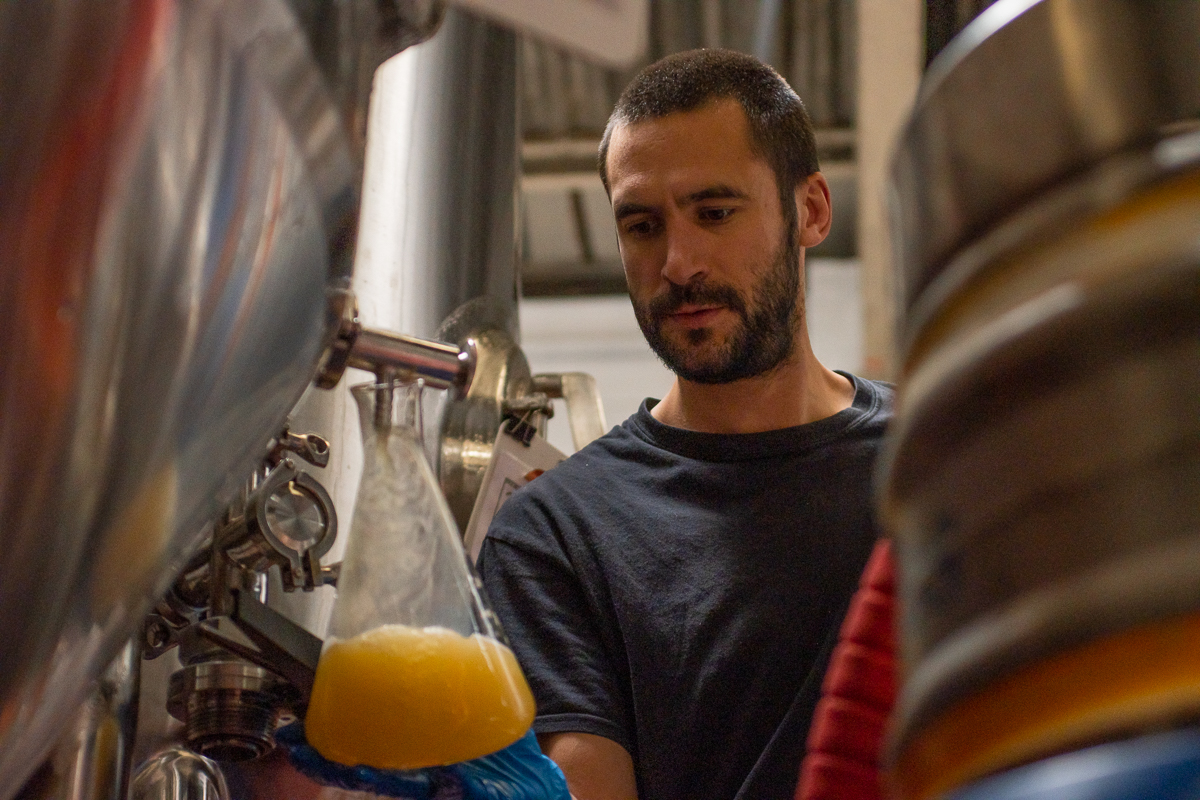 CLOSE PROXIMITY, our 4% super-hazy hop-bomb Arbor collab is released this week with a Tap Takeover and Meet The Brewers event at The Good Measure on Thurs 26th May! (Yeah, that’s right, you wait five years for a collaboration and then two come along at once!)

What to say about Arbor that hasn’t already been said?! In their fifteen year history they’ve basically been the Dons of Bristol brewing, with a huge range of different beers brewed, and sold not just across the country but around the world. Arbor say they’ve always tried to brew drinkable beers that they can be proud of, which sounds pretty good to us!

Starting way back in 2007, Jon and Meg have moved several times before ending up in awesome East Bristol, and are now supported by a team of 12. The two of them have been a big inspiration to Bob and me, as a couple running a successful brewery, and Meg has been involved in my Women In Beer and She Drinks Beer events. She’s a real pioneer in Bristol, with the number of couple-run breweries locally definitely testament to this. They also played a part in bringing Colin, our manager at The Good Measure, in to pubs:

“It’s not an exaggeration to say pints of Oyster Stout back in the day was one of the major reasons I do this job. Arbor absolutely led the way in producing consistent, drinkable but modern beer, and are a big reason why the city’s beer scene is so vibrant today.”

Both breweries are also, of course, founder members of the East Bristol Brewery Trail. Arbor are always an exciting inclusion to the twice-yearly event not least because they don’t have a more permanent taproom space, so it’s a huge treat to be able to drink Arbor beers at the brewery itself – we know everyone loves heading up there in May and August.

At the back end of 2020 Arbor had the great idea to brew collaborations with a few different Bristol breweries, as a way of bringing a bit of cheer to what was settling in to be a pretty dismal winter. We’d been living with Covid for over six months, and things weren’t looking a whole lot better – we headed into another lockdown at the beginning of November. So this was a way of saying “Bristol breweries are all still here, we still need your support, and we’re still brewing awesome beers!”

Bob and I went to Arbor to brew with Sean early one wintery morning, keeping our distance and not getting up close and personal (unlike in this photo, of Sean & Bob at our taproom way back in 2018!). RUM-DRC was the result, a deliciously rich 6.5% Rum Porter that you all loved! Meg and I (Kelly) have been talking about the return leg for ages, and when the opportunity to do a Tap Takeover and Meet The Brewer evening at The Good Measure arose, we felt now was our chance! 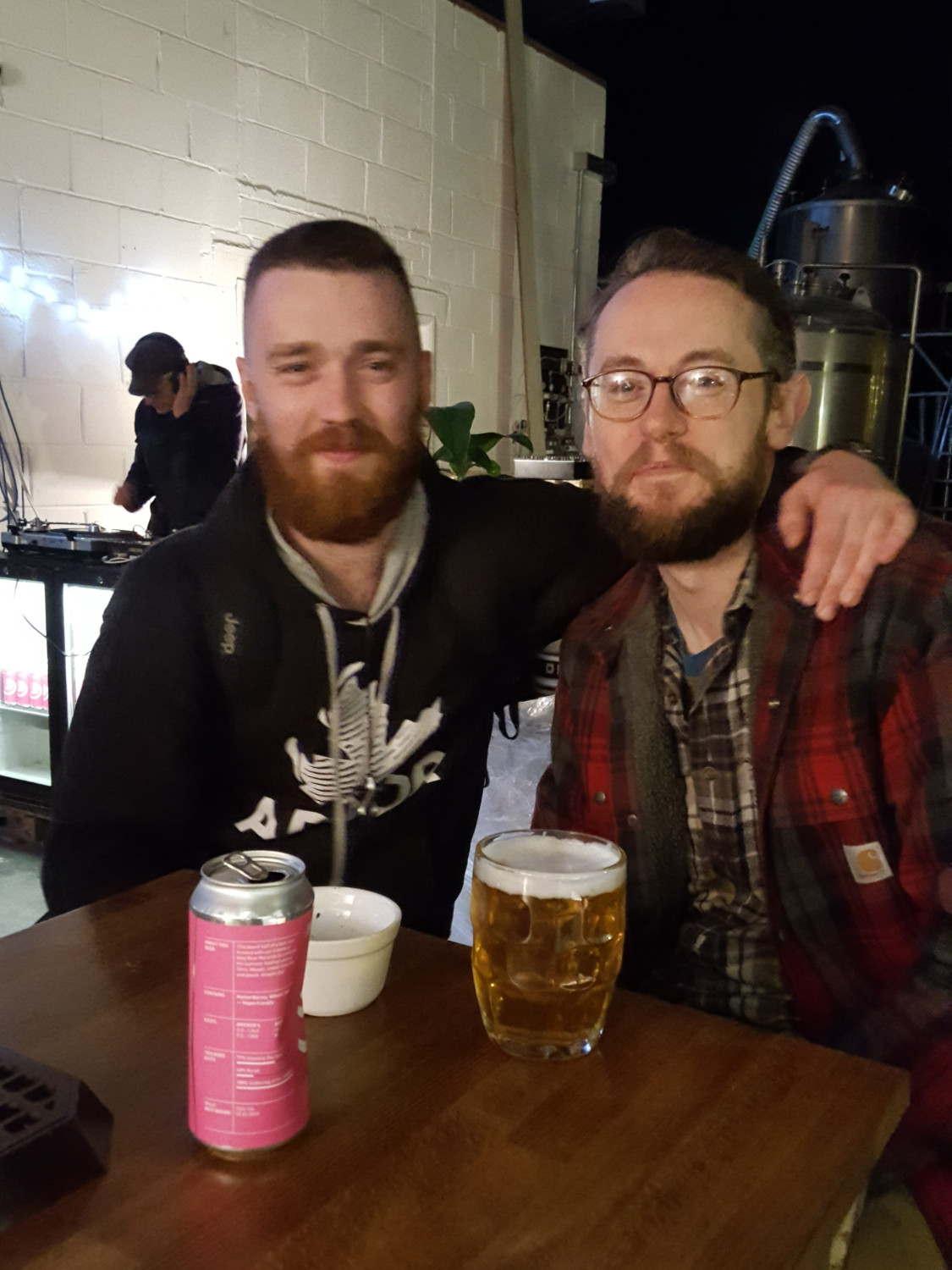 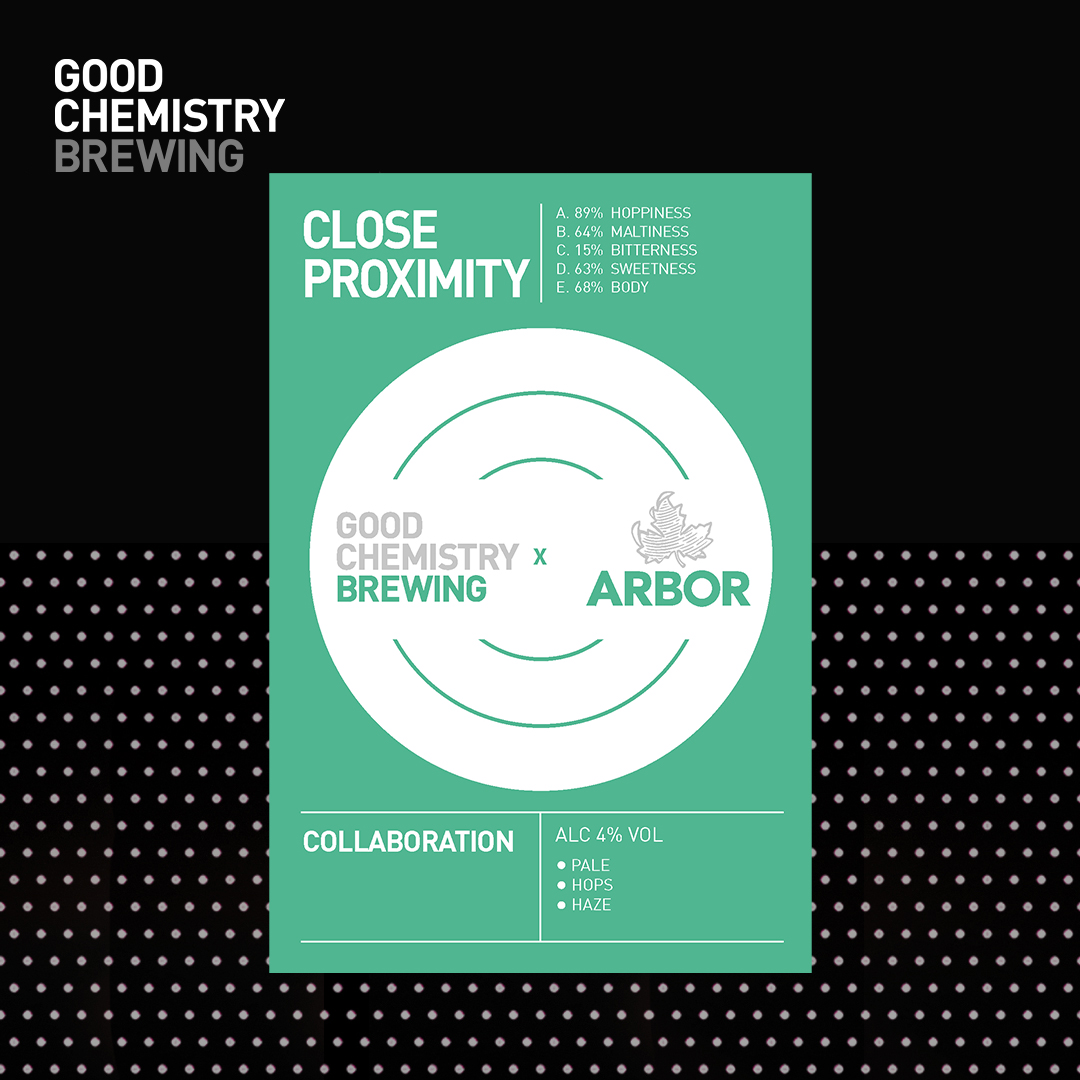 So – what have we brewed this time? Arbor’s Head Brewer Elliott joined Dan and Oli a few weeks ago to help put together CLOSE PROXIMITY, our cask-only, super-sessionable hoppy pale ale brewed with lots of wheat and oats in the grist for a soft mouthfeel and rich body.

This combination from around the world is all set to deliver a distinctive honeydew melon aroma with ripe pineapple and tropical fruit flavours. It’s looking and tasting absolutely incredible, and we can’t wait to launch it.

Join us lot from GCB and the guys and gals from Arbor at The Good Measure on Thursday 26th May for the launch of CLOSE PROXIMITY alongside three other delicious Arbor cask beers and a couple of special kegs (fcbk event here). We’ll also have it on at the brewery taproom down in awesome East Bristol over the weekend (Friday 27th 5-9pm and Saturday 28th 12-8pm), and then it’ll be out across the rest of our brilliant city just in time for the long Jubilee Bank Holiday weekend – we’ll let you know where over on social media, so keep your eyes peeled.

[Photo at the top of Dan pulling some beer out of the tank for sampling; Photo above of Sean and Bob at the GCHQ taproom, end of summer 2018; Photos below of Arbor Head Brewer Elliott mashing in Close Proximity with Bob and Dan; Oli giving the mash a good stir through the steam; and Oli, Elliott and Dan with some of the hops ready to go in to the beer!] 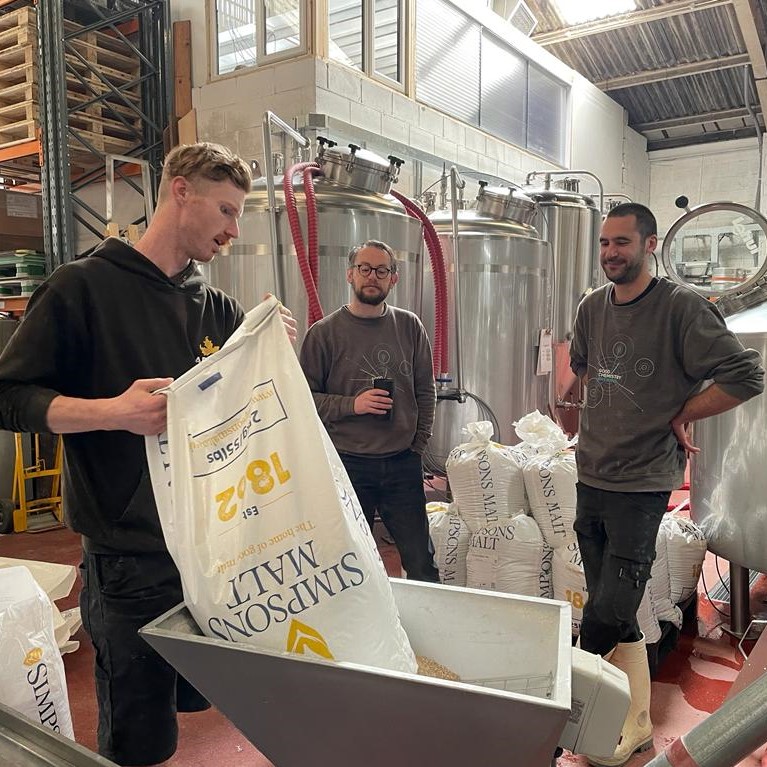 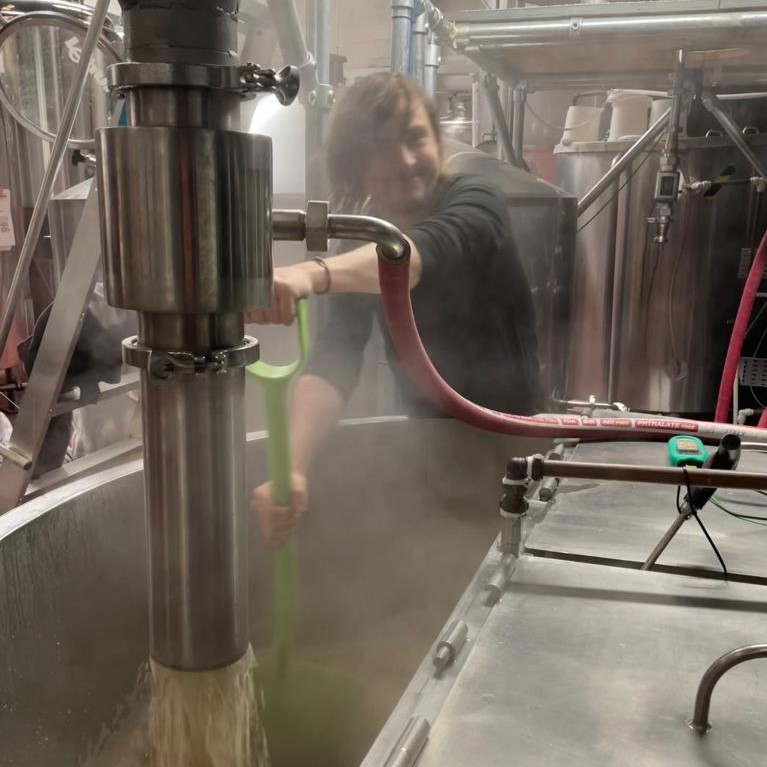 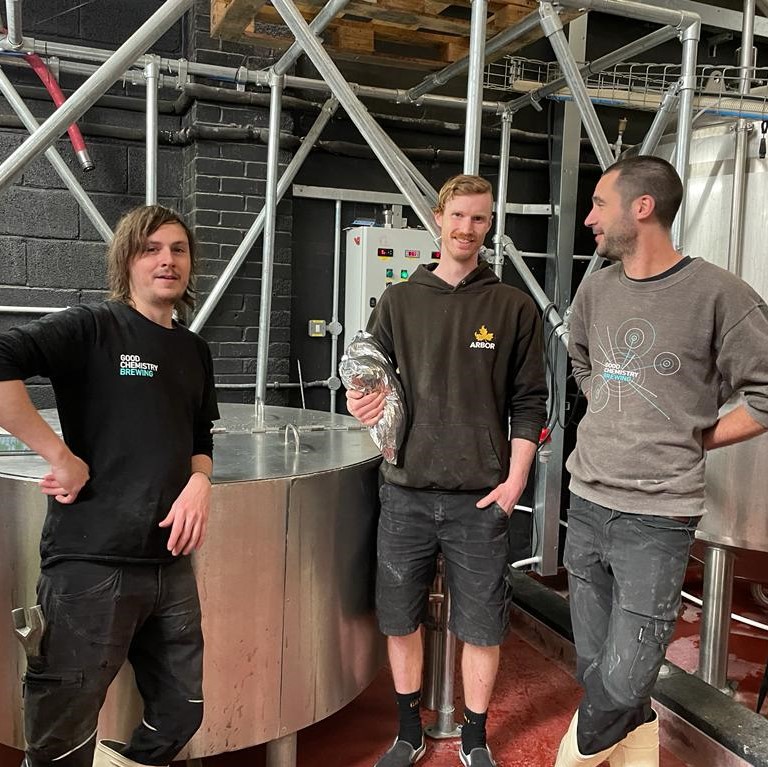