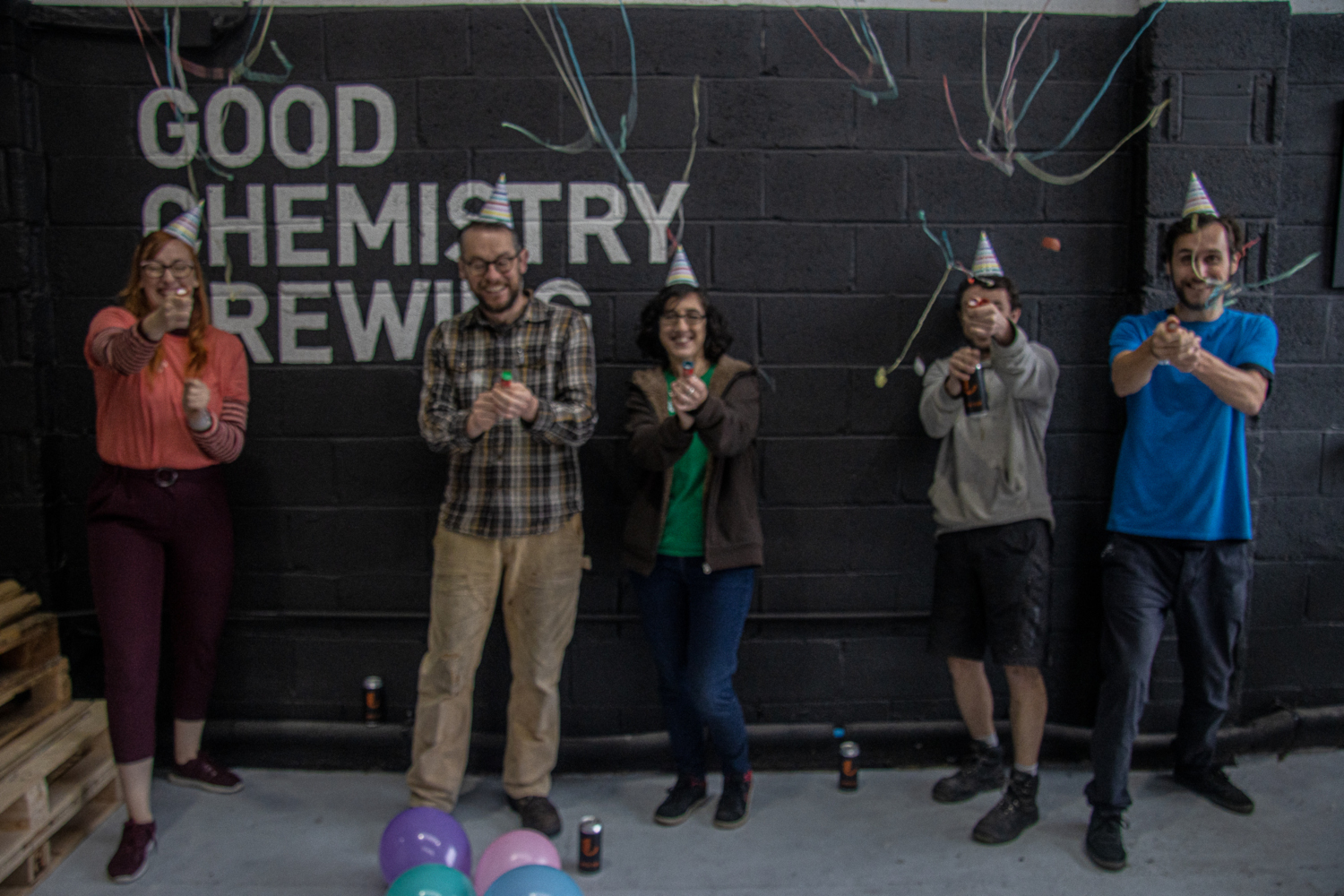 Read about how we’ve found running a brewery for the last five years on Bristol 24/7 here.

This year marks five years since Bob and I started Good Chemistry Brewing. If you’ve been following our journey a while, you might have celebrated previous birthdays with us, mid-August at the brewery tap.

Last year we kept our birthday low-key because we knew we wanted a huge party in 2020 to celebrate our fifth anniversary, and we started planning it in January. Unfortunately, of course, “stuff” rather got in the way. But we still wanted to mark this milestone, because it’s important to us, and feels significant. (After all, around 50% of new ventures go out of business within the first five years, and here we still are, dealing with a global pandemic along the way!)

So, as we’re not allowed to celebrate with you at the brewery, we decided to brew a special beer so you can celebrate at home with us instead. We’re excited to announce we’ll be launching this special birthday beer on 20th November, five years to the day since we did our first brew (of Big Bang, for those that remember!).

But what beer did we choose to celebrate five years as Good Chemistry Brewing? We went with the beer we get asked about most, the one we’ve got a giant pumpclip of in our brewery tap, despite it being a one-off special and not available since the middle of 2016!

We wrote a blog about how the beer first came about which you can check out here. We’ve made some changes to the beer this time round, but the important features are all still there: it’s strong, dark and malty, fermented with Belgian yeast, and of course features 60kg of sour cherries!

When we first brewed it, it was an experiment into how these different flavours would pair together, and we were pretty chuffed with the results! It’s a rich, sweet base beer, full of crystal malts and topped up with Invert sugar. We ferment the beer with a Belgian yeast that throws out flavours of bubblegum, pear drops and spices, and finishes the beer quite dry. At the end of fermentation is where we add the cherries. This time round we decided on Sour Morello Cherry puree, rather than whole fruit. The puree gives the beer a real whack of cherry flavour and aroma and, because the puree contains all the juice of the fruit, it brings the pH of the beer right down to give it a real crisp tang! 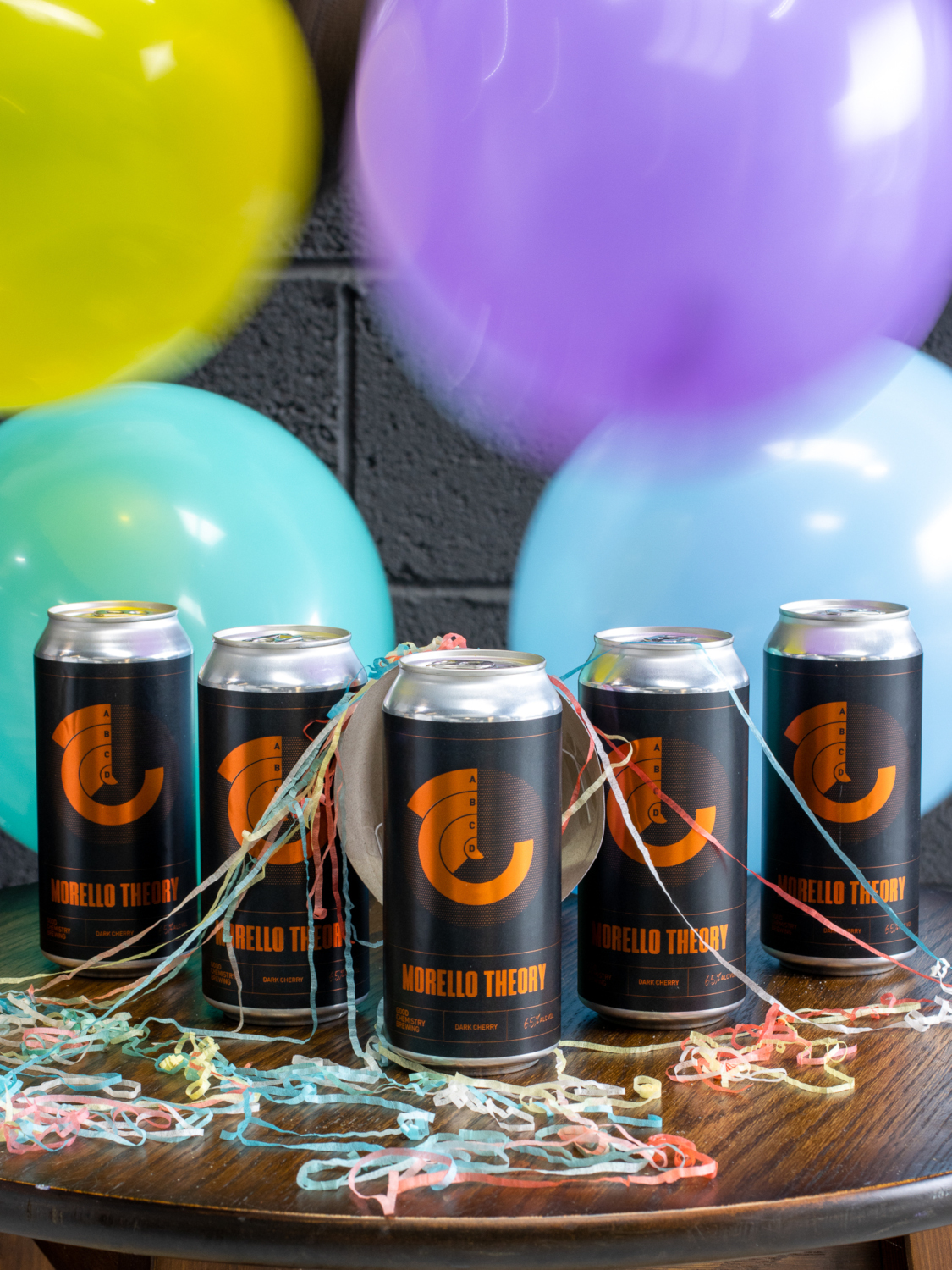 We’re really pleased with how the beer has come out, there is so much going on in it but we feel the flavours and aromas work really well together. And the dry finish with the hit of cherry sourness keeps you coming back for more!

We’re looking forward to seeing how this beer develops as it ages too. Flavours and aromas will mellow over time and the malt should step forward again.

This beer will be going out across Bristol and beyond through all the brilliant independent specialist retailers we work with (keep an eye on our social media to find out who’s got it), available from Friday 20th November to mark that first brewday in 2015.

You’ll also be able to pre-order Morello Theory from Monday 9th November on our webshop. You can get it in our usual dozen cases and, because it’s a special beer, we’re also putting together a couple of mixed case options to give you an opportunity to try it alongside our other current releases.

This isn’t how we planned to celebrate our fifth birthday, and we missed seeing everyone at the brewery tap this summer SO much. But thanks to our new canning line we’re really excited to brew this special beer and get it out to you to help us celebrate 2020-style. Thank you for your support of Good Chemistry over the last five years, whether you’ve been with us from the start or joined our adventure recently. We wouldn’t be here without you. And let’s hope we can all get together for a proper party before too long.

Till then, stay safe, wash your hands, and CHEERS!

And Amber, Liam and Dan (in order of their photos below!!) 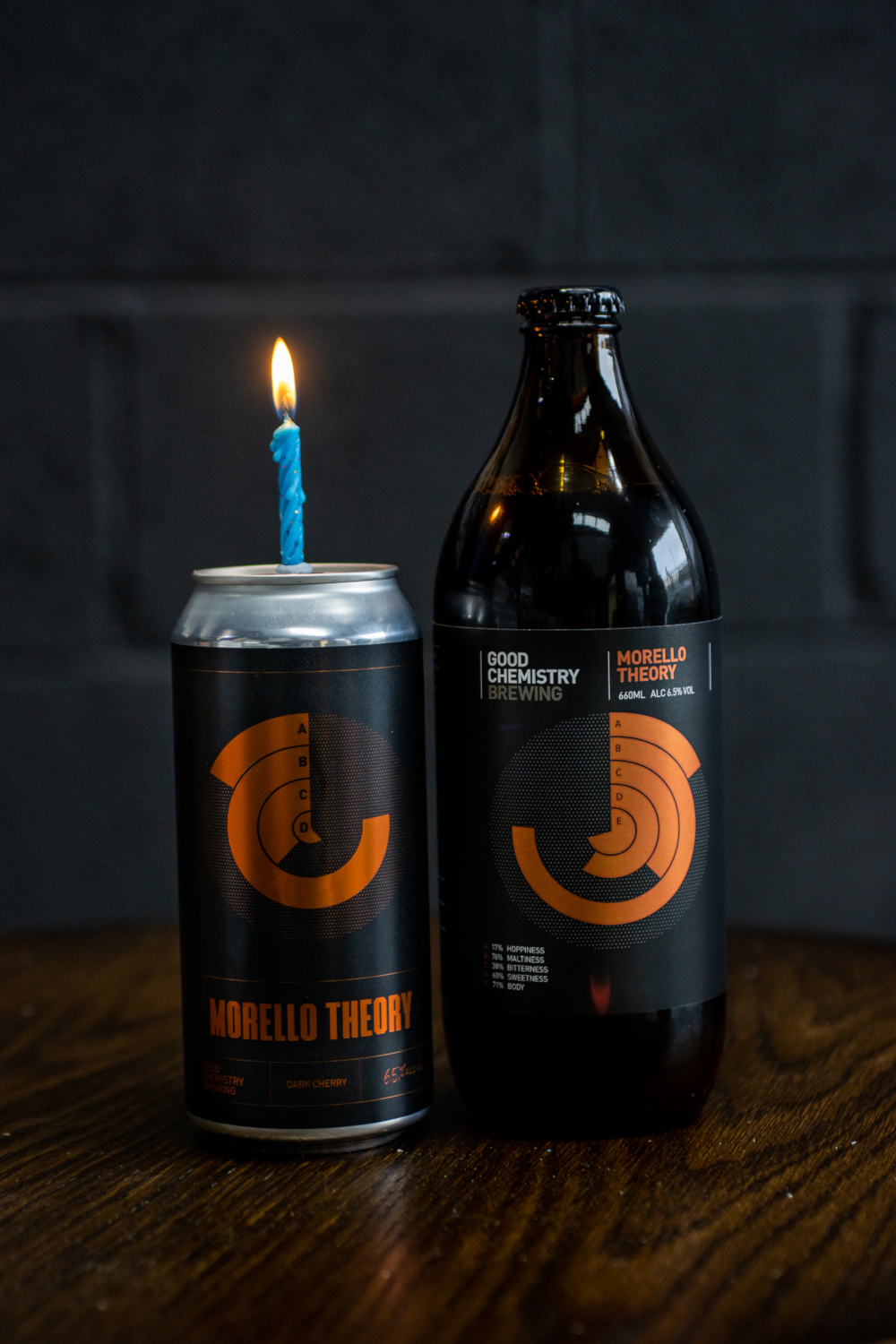 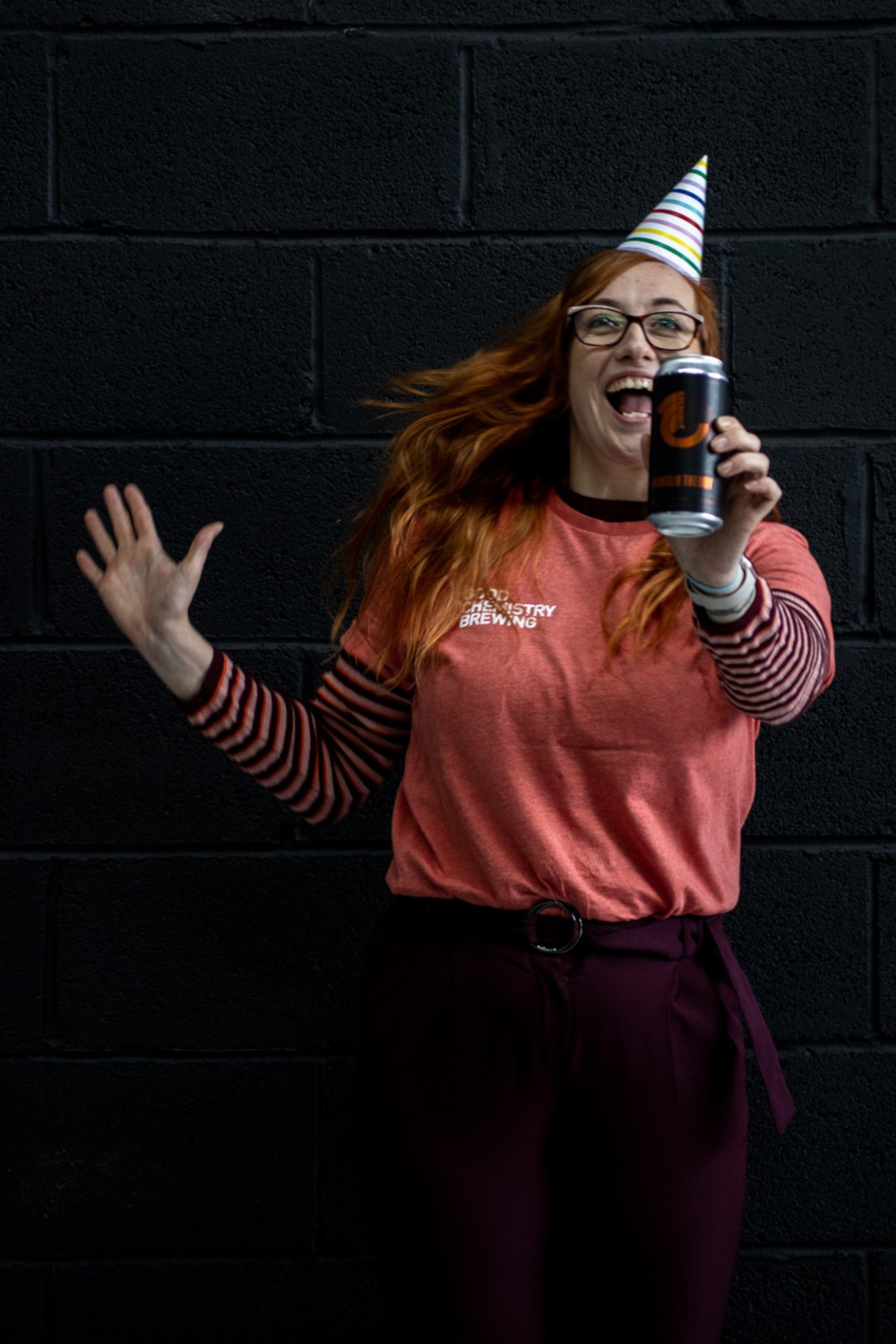 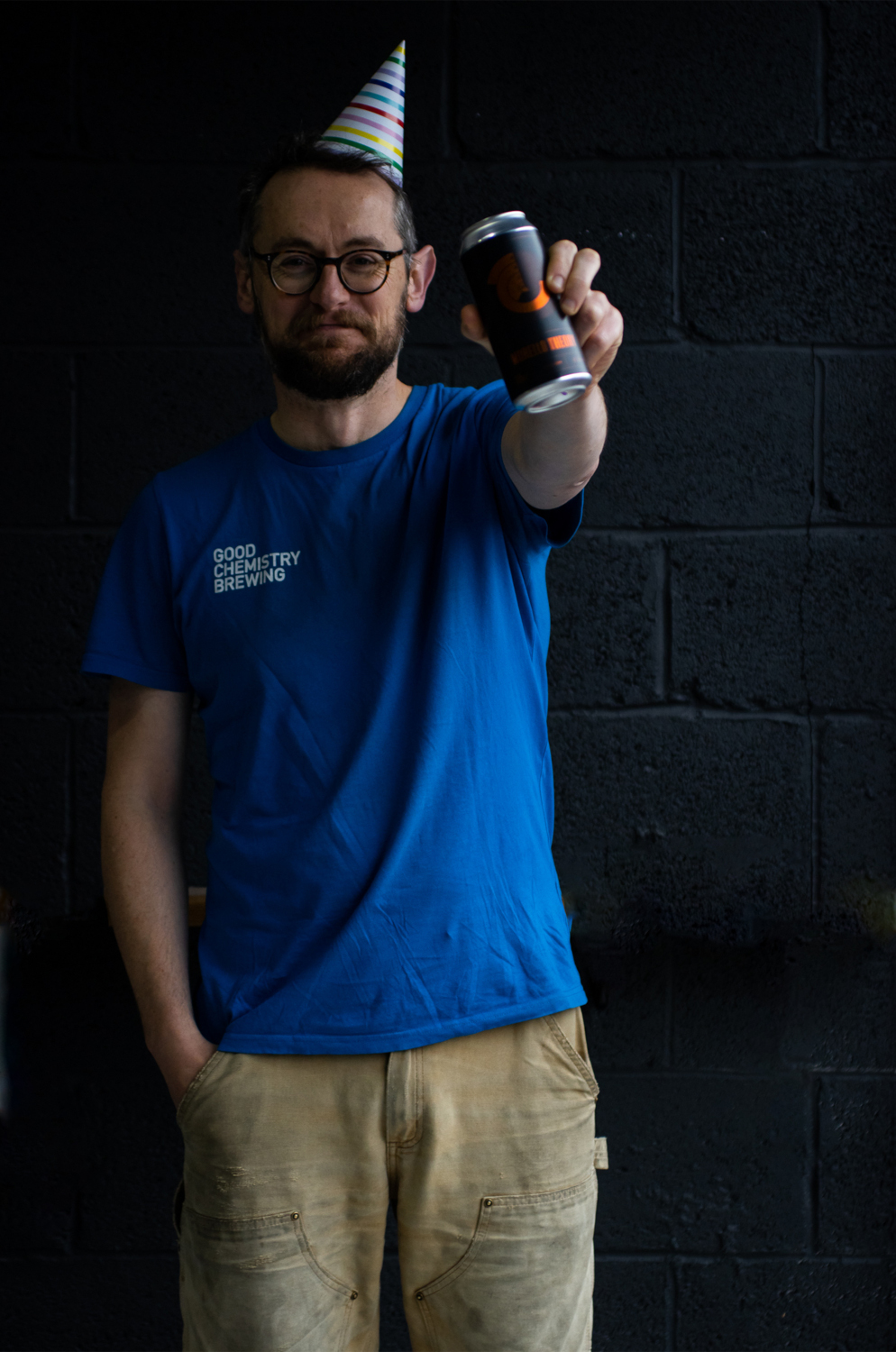 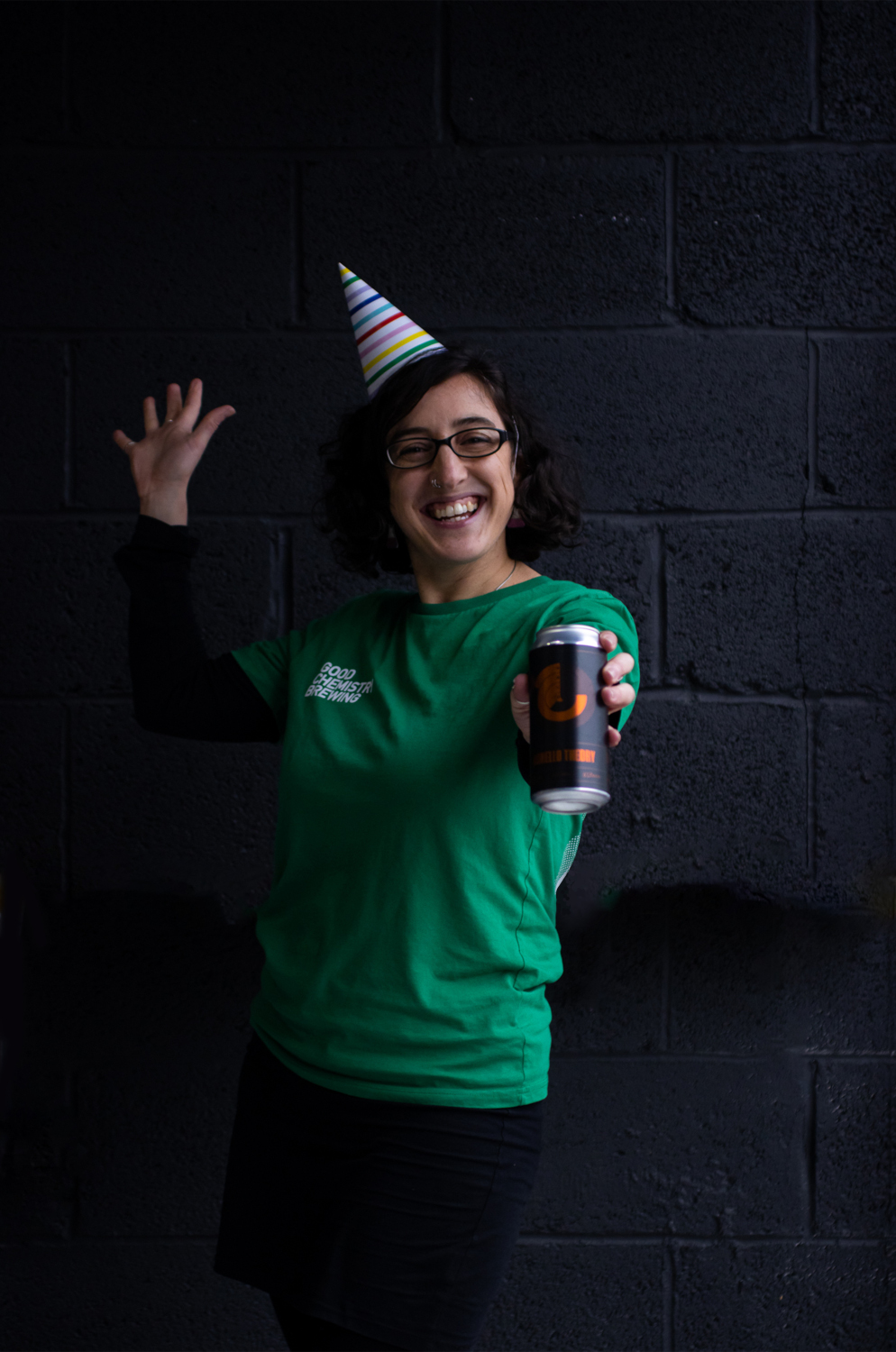 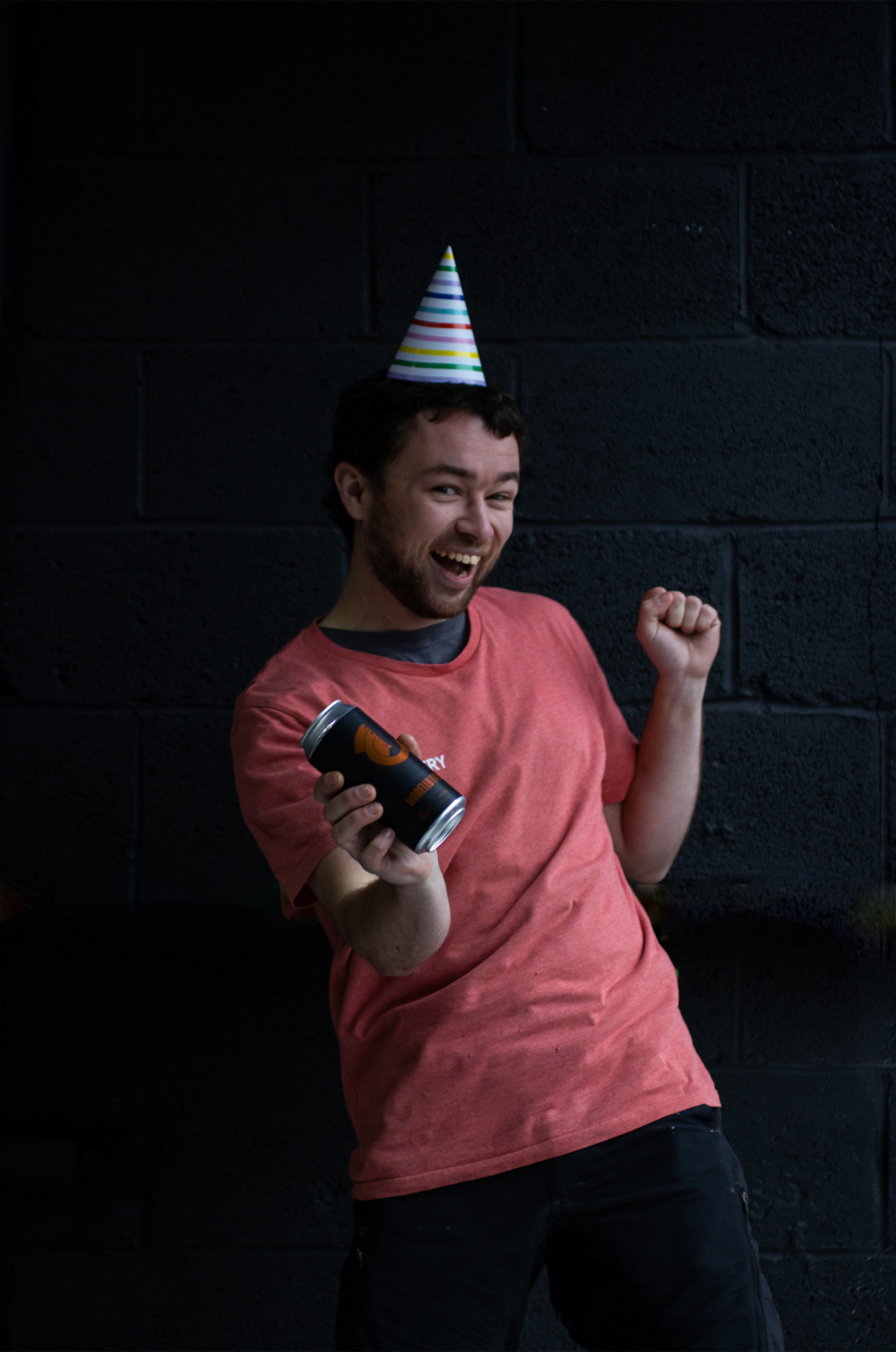 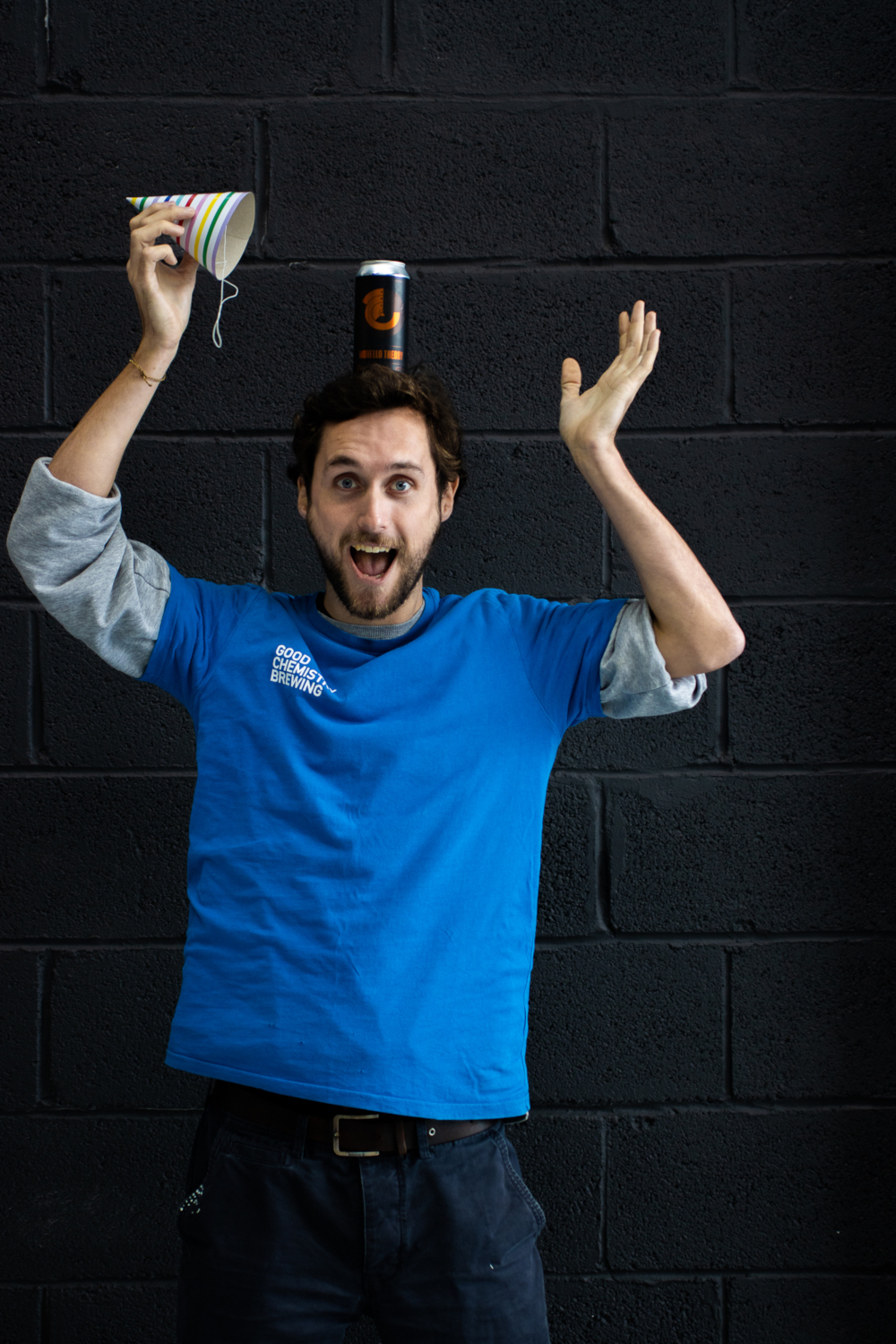