Good Chemistry is 3 – so we’re having a party

On Saturday 11th August we’re looking forward to celebrating three whole years since Bob and I got the keys for Unit 2 William Street, or GCHQ as it’s now better known! Loads has happened in that time, but the main thing is we still absolutely love what we do. Our business continues to grow, and so much of that is down to you guys. The support we’ve been shown from local pubs, bars, shops and all our other customers, from our colleagues in the Bristol breweries, and from all the people who come to our events at the brewery tap and across Bristol. Thank you!

We’re pleased to welcome Honest Burgers back for the day, and will of course be joined by our usual awesome in-warehouse dj spinning his vinyl.

We’ve also lined up some rather special beers with which to celebrate, so we do hope you’re able to make it down to St Philips. Fcbk event here. 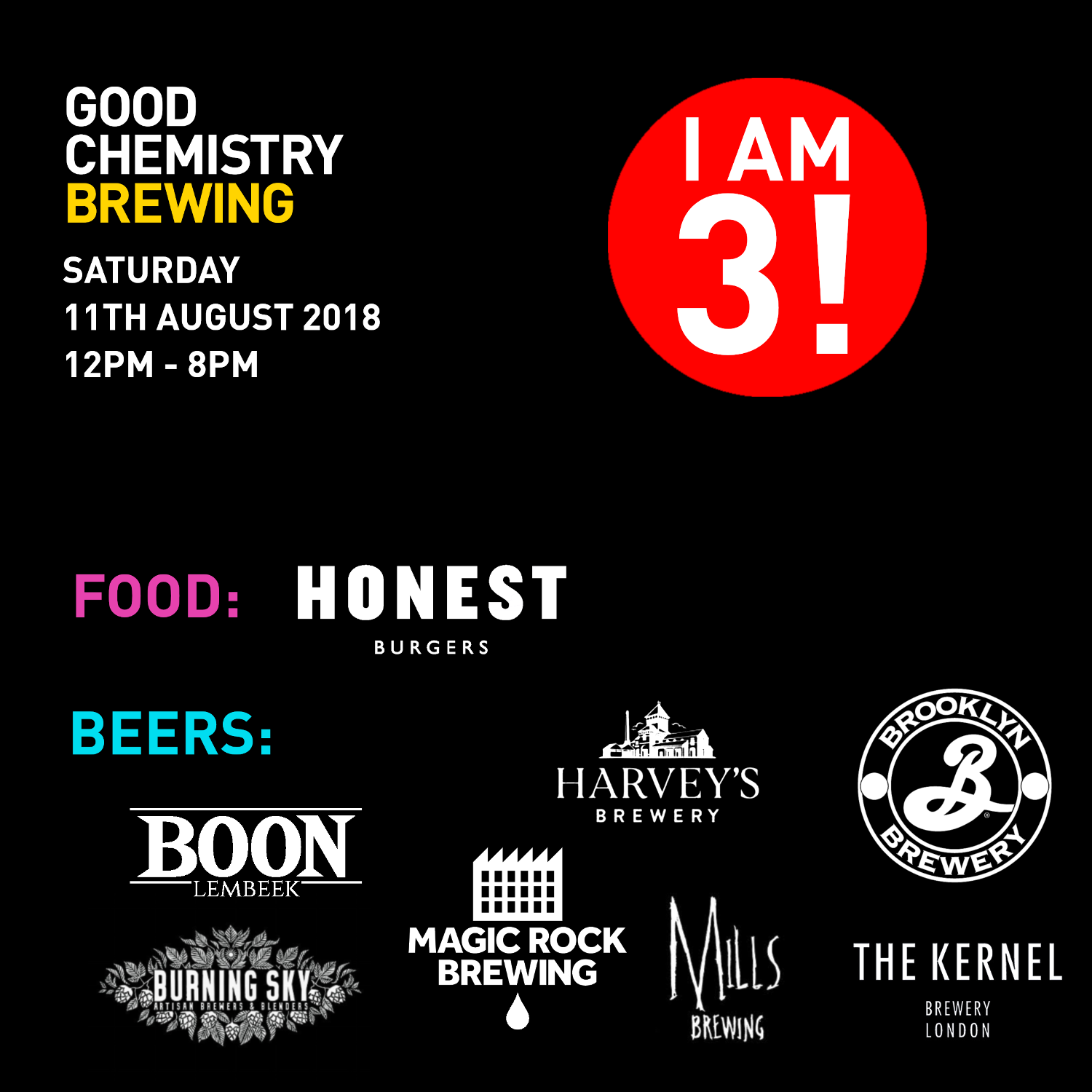 TASTING NOTES: To create Geuze on draft, Brewery Boon had to take the innovative steps to alter the formula creating a new lambic blend. They defined the characteristics of the lambic needed for the kegged Geuze targeting lambic from specific foeders which were best suited to the new specifications. This solution provides a way to keep keg pressure down and still produce a “keg conditioned” Geuze with a full-bodied taste and signature Geuze Boon sour fruitiness. This new formula presents a taste different to that of the bottled Geuze with less carbonation and a different mouth-feel experience.

WHY WE CHOSE A BOON BEER: At our recent bottle share, there was a large contingent of beers from Belgium – most of which had been brought back from our visits over there. These wild and sour beers are favourites with all of us at Good Chemistry.

To create a great geuze takes skill, knowledge, and craftmanship beyond just brewing the beer. Not only are you using wild yeast and bacteria to ferment the beer, you are also dealing with barrel aging the beer for up to three years, before blending beer from one, two and three year old barrels to create a balanced beer. This is serious and involved work that involves a great time commitment. But the results are some of the most complex, surprising and engaging beers in the world. Brouwerij Boon are one of the best at doing this and we are very happy to be pouring this awesome example of their work!

Thanks to Mike at Cave Direct for helping us get hold of this keg. 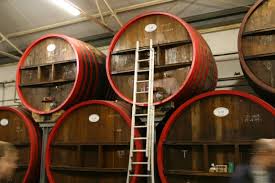 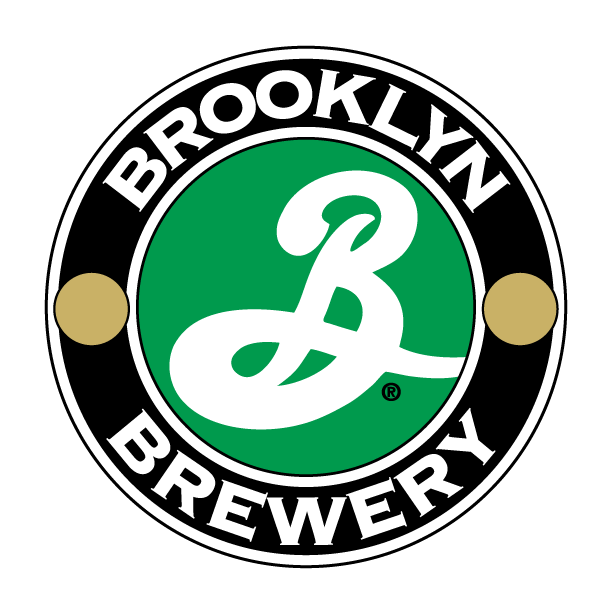 TASTING NOTES: A full Nelson Sauvin hopped IPA brewed with a touch of carared malt as a nod to the redhead who brewed it. It emerges a hazy bloody orange colour, with aromas of gooseberry and fresh grapes, a hint of spice, and a creamy, bitter finish. This beer was brewed by Walker Berry – check him out on his instagram.

WHY WE CHOSE A BROOKLYN BEER: When we were first making plans for our brewery we did a LOT of research and one of the books we read early on was Brew School by the founders of Brooklyn Brewery. Reading their story was an inspiration for us and made the idea of starting our own brewery seem a lot more achievable. We also really like the way that, despite their size, they still recognise the value of creativity and innovation with one-off beers like this one.

We’re incredibly excited to be pouring this double lactose IPA from Brooklyn’s Worshipful Company of Brewers series, where each of their brewers gets the chance to design and brew their own beer, the majority of which is served at their brewery tasting room in New York. Very few kegs of this beer have left the brewery, let alone the country, and we can’t wait for you to try it!

TASTING NOTES: This premium strength pale ale has a satisfying blend of malts to provide a juicy backbone and a pale amber colour. An expansive blend of US hops gives a resinous mouthfeel – big citrus & tropical fruit flavours, which are prominent yet well balanced.

WHY WE CHOSE A BURNING SKY BEER: Burning Sky make some of the best beer in the UK and we love that a lot of that great beer makes its way into cask. Cask is often seen as not being modern or ‘craft’, but Burning Sky consistently prove this wrong. Their principled business stance is something that we hugely respect as well.

We took advantage of Kelly’s brother visiting Bristol from his home in Brighton to bring up a cask of the good stuff direct! 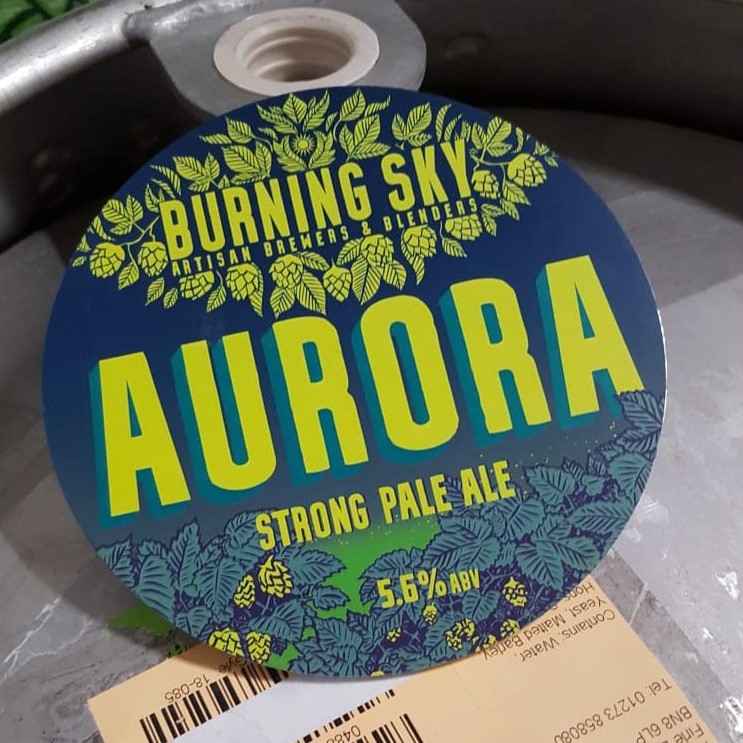 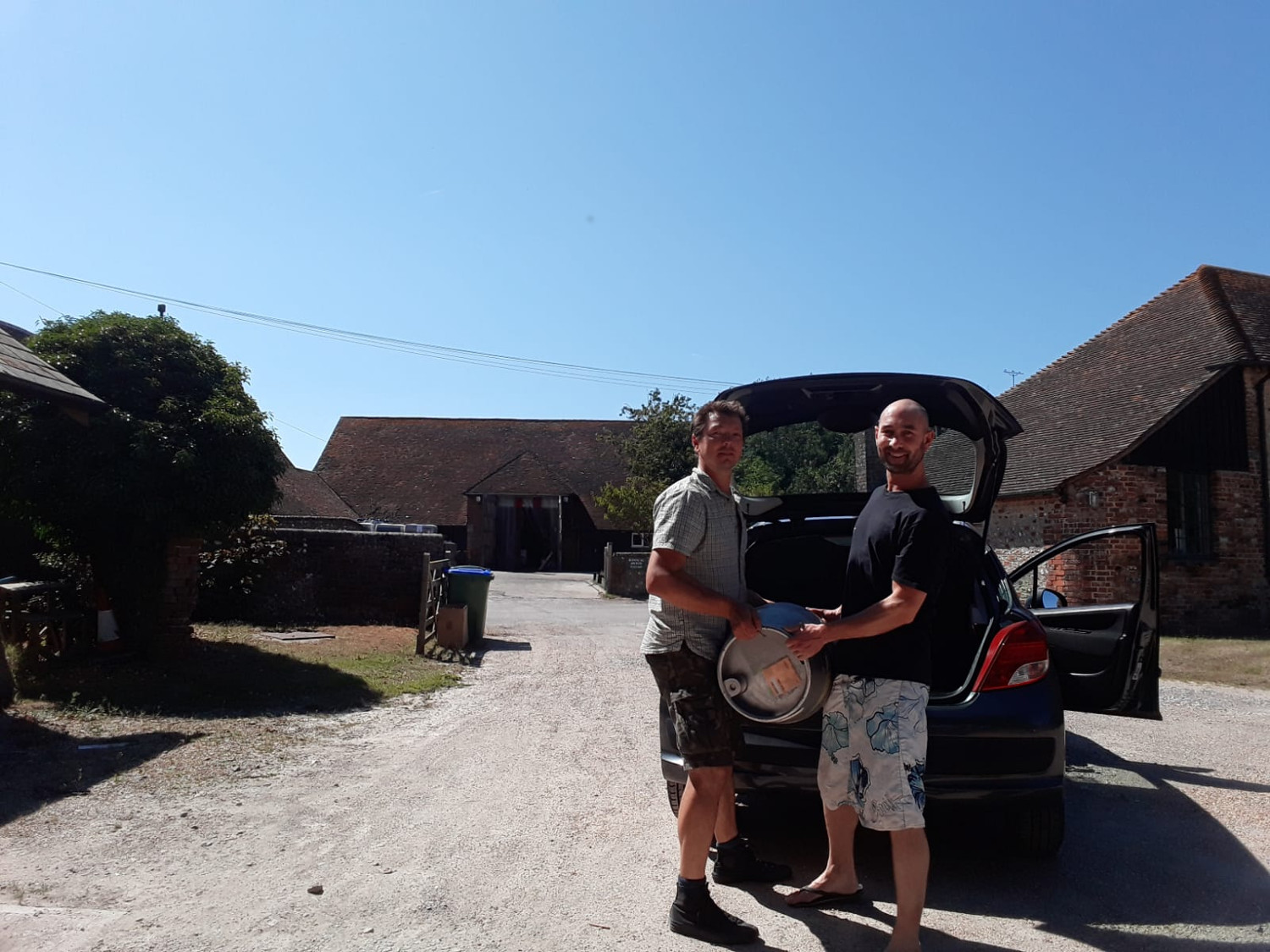 TASTING NOTES: Harvey’s most famous beer, a superbly balanced bitter with prominent hop character. The brew evolved over decades, satisfying the expectations of the people of Sussex and its adjoining counties. Finest Maris Otter malted barley is supplemented with a dash of Crystal malt for balance. Our hops are a blend of four different local varieties, to give a distinctive hoppy finish.

WHY WE CHOSE A HARVEY’S BEER: this one’s quite simple really – this was one of the beers that got Sam into beer! He wouldn’t have the career he has now without it. He used to drink it in great pubs like the Leopold in Portsmouth and the Jolly Brewmaster in Cheltenham, and feels sad that we can’t really get a bitter like this here. Well you can this weekend!

This cask was also brought up in the back of Kelly’s brother’s car all the way from Lewes – cheers! 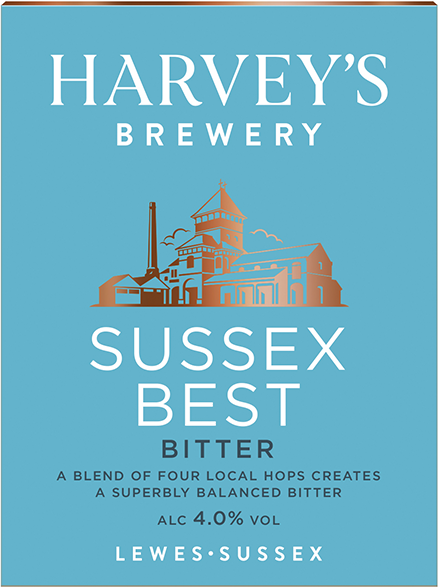 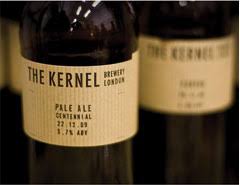 TASTING NOTES: The Export India Porter relates to porter in similar manner to the way the IPA relates to the Pale Ale: they added more hops. We’ve taken Barclay Perkins recipe from 1855, but changed the hops to Columbus and Cascade (American varieties) and hopped it in the same way that we hop our IPAs. The result is a dark brown beer that smells of cocoa, roses, and some orange. The body is quite light, and it is carbonated more highly than usual for a porter to make it more refreshing. It’s quite light in texture and tastes of Turkish delight dusted with cocoa powder – chocolate, rose water and fruit. Dry finish.

WHY WE CHOSE A KERNEL BEER: Where would we all be without Kernel? One of the vanguard of the craft beer industry in the UK and a brewery that has maintained a reputation for high quality for all that time. We have complete respect for the way they have gone about building their business while seeming to rise above all the hype, all the trends, and all the bollocks.

Black beers were also my (Kelly) gateway into beer, so we had to have something to satisfy the dark side of things at our birthday.

TASTING NOTES: Magic Rock’s tribute to the pale ales of the West Coast of America, beers unapologetically hop forward in character. Mango, lychee and lip-smacking grapefruit flavours harmonise against a smoothly composed malt base, which develops into a crisply bitter finish.

WHY WE CHOSE A MAGIC ROCK BEER: This beer was one of the first I (Bob) remember actively seeking out. People were just starting to talk about Magic Rock as being a really good new brewery, but you hardly ever saw their beers in Bristol. One evening when I went for an after-work drink at the Three Tuns, the then manager Henry mentioned that Jack at the Hare on the Hill had got hold of a keg of High Wire and was putting it on that night. So, I finished my pint and made my way across town to try this beer I’d heard so much about! Henry is now the owner of Beer Necessities, Jack is a Director of Left Handed Giant, and Magic Rock is one of the biggest names in British craft beer – haven’t we all grown up!

It is also Dan’s hometown brewery, and he and his brother always visit the taproom in Huddersfield on trips back. The two of them picked up this keg last week specially for our party. 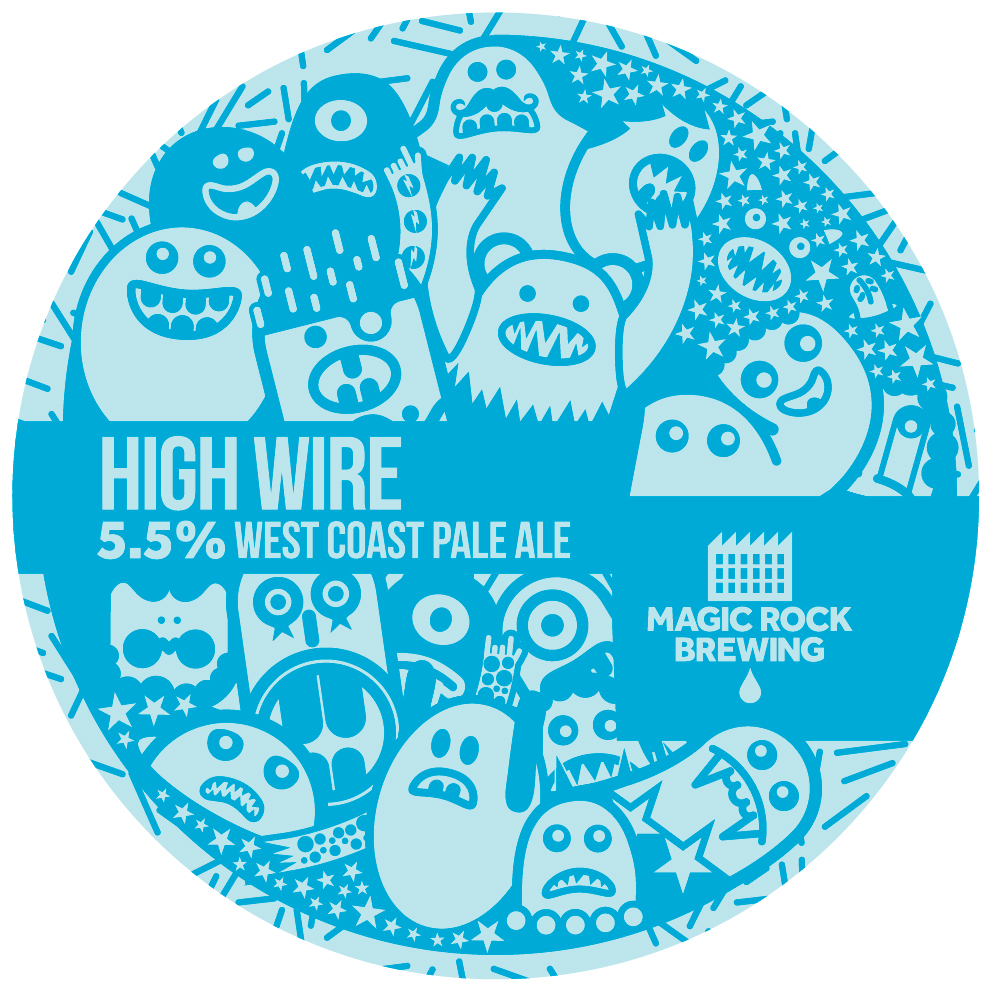 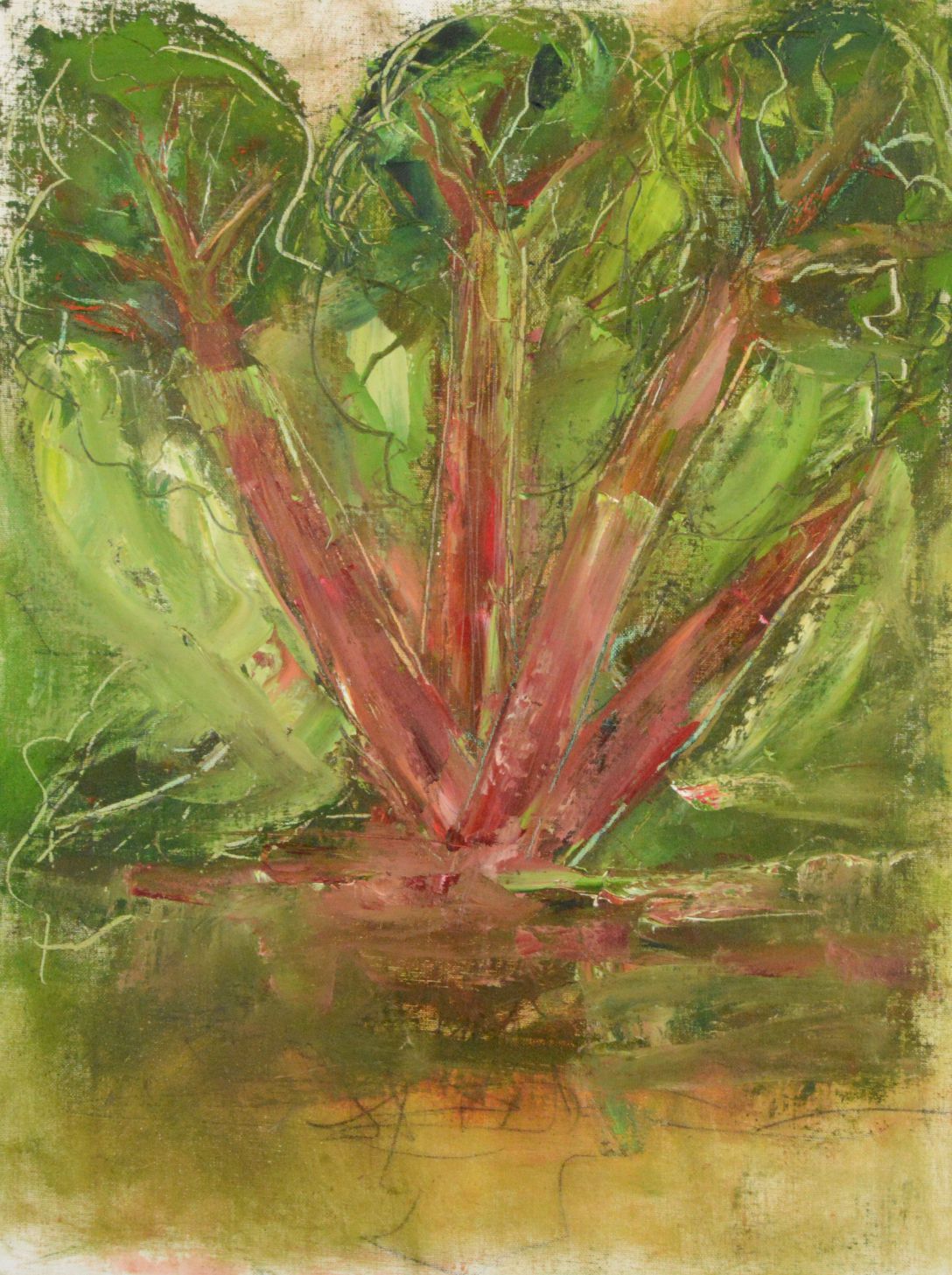 WHY WE CHOSE A MILLS BEER: I (Bob) first met Jonny when we both judged at the National Homebrew Competition, long before Good Chemistry. He’s known at GCHQ as the dungeon master, and when he and Gen started out on their adventure as Mills Brewing we were all really excited by what they’d come up with. We’ve loved all their beer releases so far, and are over the moon to have secured a keg of their latest, Picture Pot. Their fascinating approach to brewing led us to ask them to contribute to last year’s Think While You Drink for Bristol Beer Week, where Jonny spoke alongside Stuart Howe. They’re also great people, and we’re looking forward to celebrating our birthday with them AND their beer on 11th!