Phew – our first Bristol Beer Week as a brewery is done, and we survived! Now in its fourth year it feels like it’s really becoming a fixture in the calendar. In previous years it has sometimes seemed a little inward looking, but we felt this year that there were more people from outside the beer world getting involved, certainly in the events we were part of.

To kick things off we joined forces once again with our neighbours Moor, Left Handed Giant, Arbor and Dawkins to run the East Bristol Brewery Trail. This was another huge success! The great weather meant we had people spilling out onto the street to enjoy our awesome DJs and to eat excellent tacos provided by The Plumed Serpent Cantina. It all set the perfect mood for a great week to come. 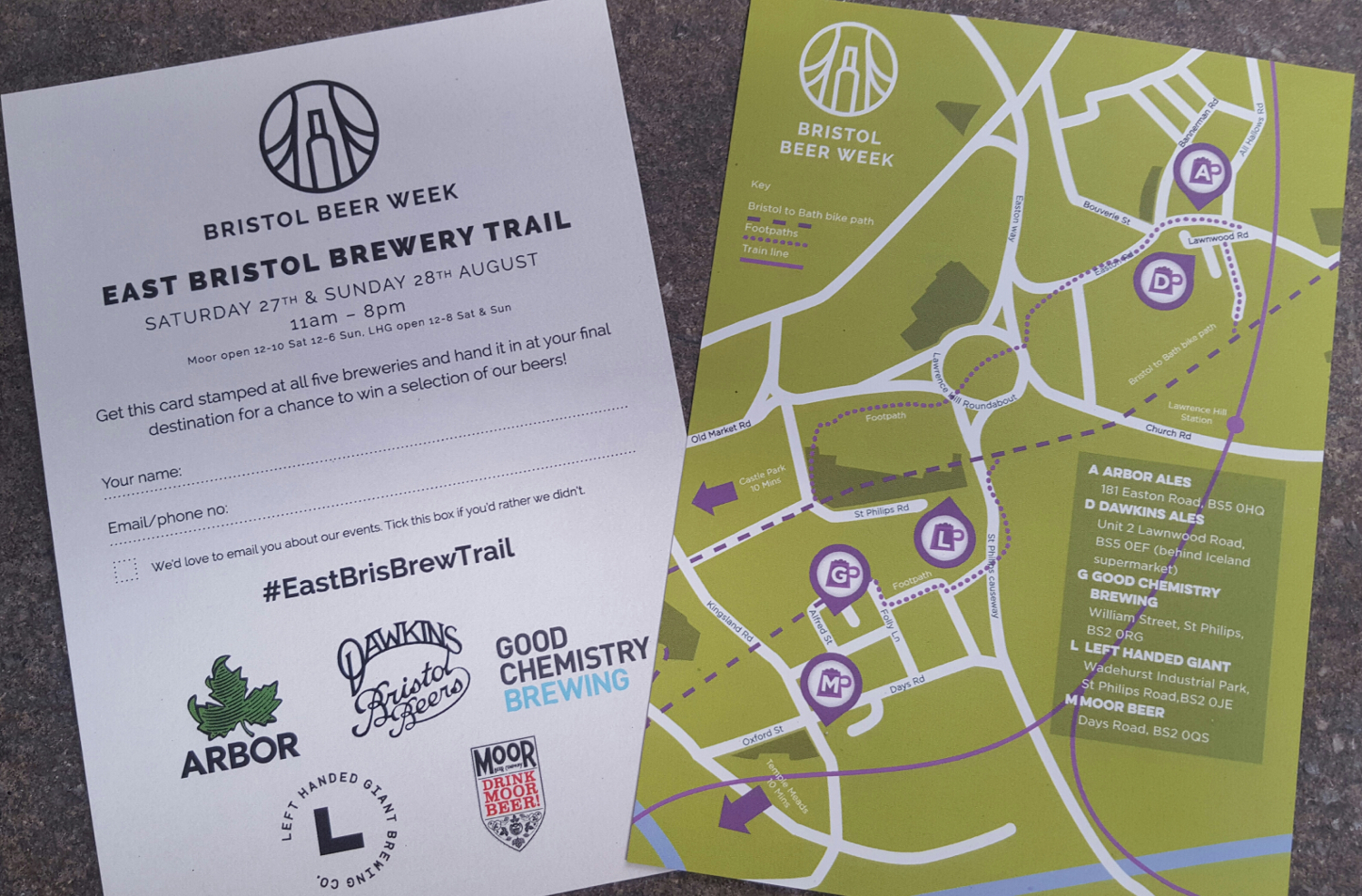 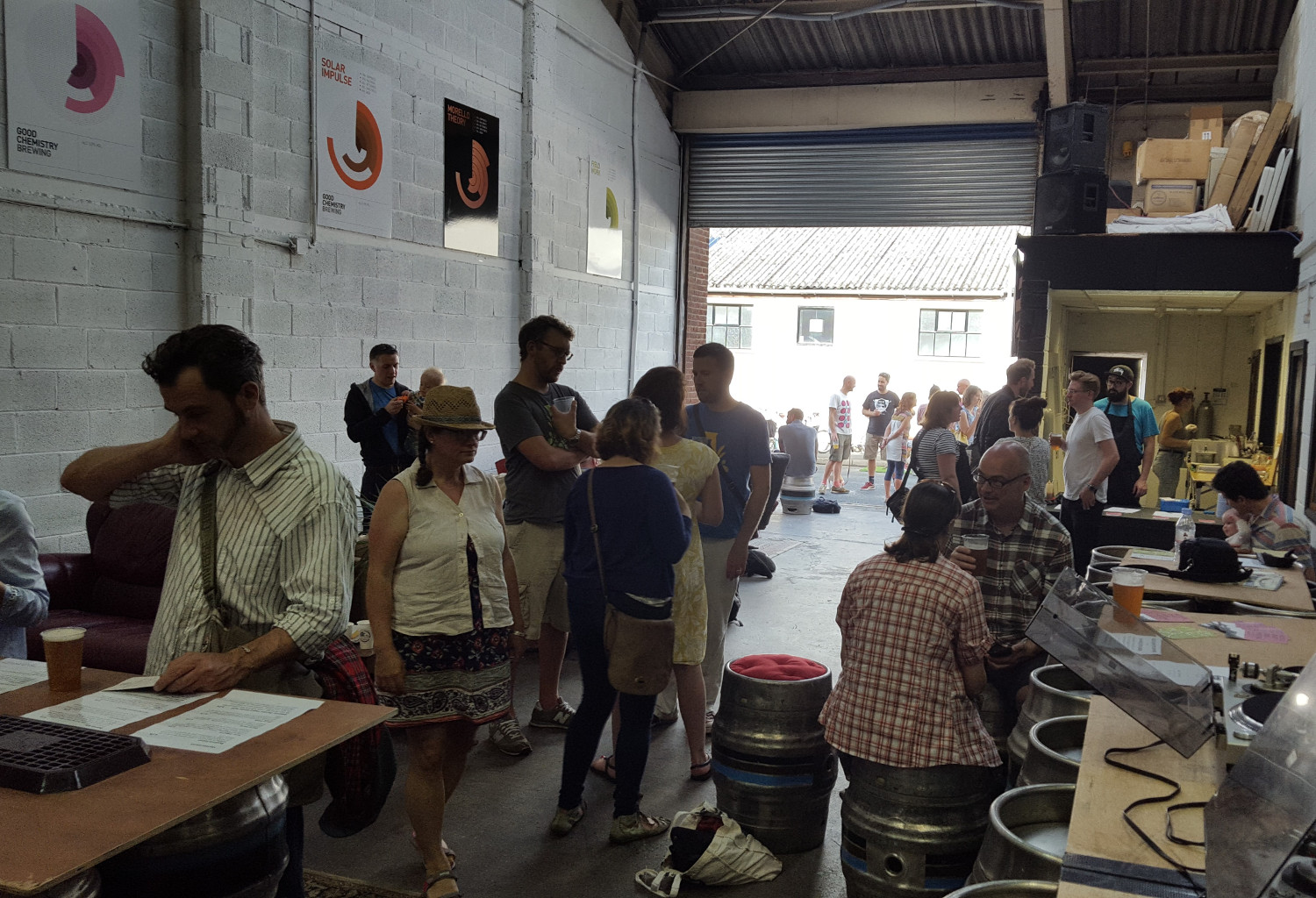 On bank holiday Monday Bob helped judge the Brew Bristol homebrew competition, with results announced at Moor later in the week, before a few pints with his old Wiper + True pals at their all-day tap takeover at Kongs on King St.

We ran the first of what we hope will become a series of events, on Tues and Wed of BBW, called Think While You Drink. We had academics from Loughborough, UWE, Bristol and Bath talking about their beer-related research. Topics covered included the cultural significance of the British beer renaissance, gender in the craft brewing industry, the science of pint glass shape, alcohol labelling legislation and the science of your hangover – the last one particularly useful! The turn-out for these was really encouraging, definitely something we think we can build on, and the discussions that ensued were both interesting and, for the academics involved, useful to their research. Keep an eye on our website and social media for similar future events.

After our second programme of talks, on the Wednesday, a group of us headed over to Small Bar for their Magic Rock tap takeover. Here we spent a very pleasant evening sitting out on King St in the late summer warmth in conversation with the guys from Left Handed Giant, Wiper + True, the Craft Beer Festival, Moor, Wild Beer and Magic Rock themselves – cheers! 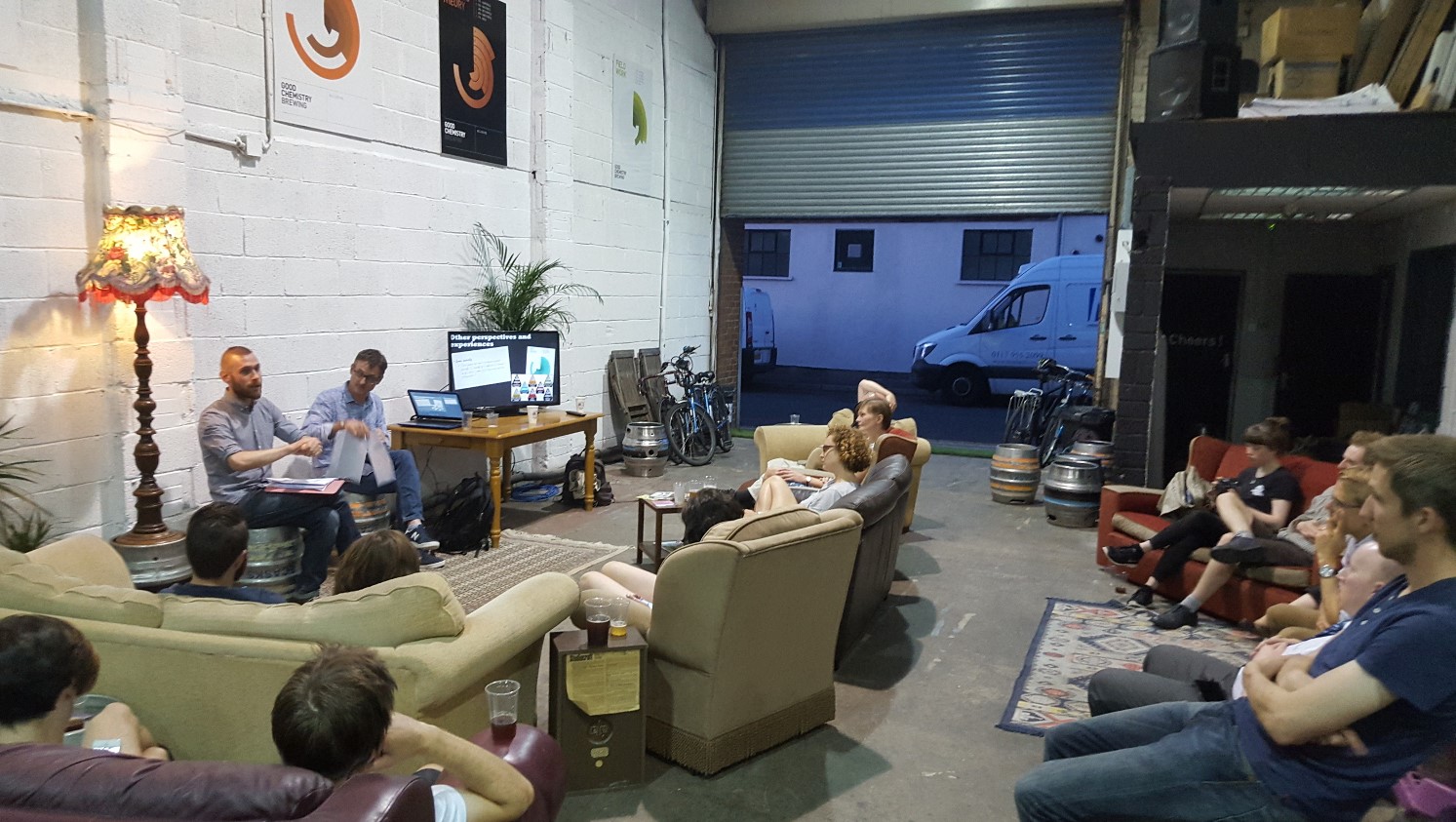 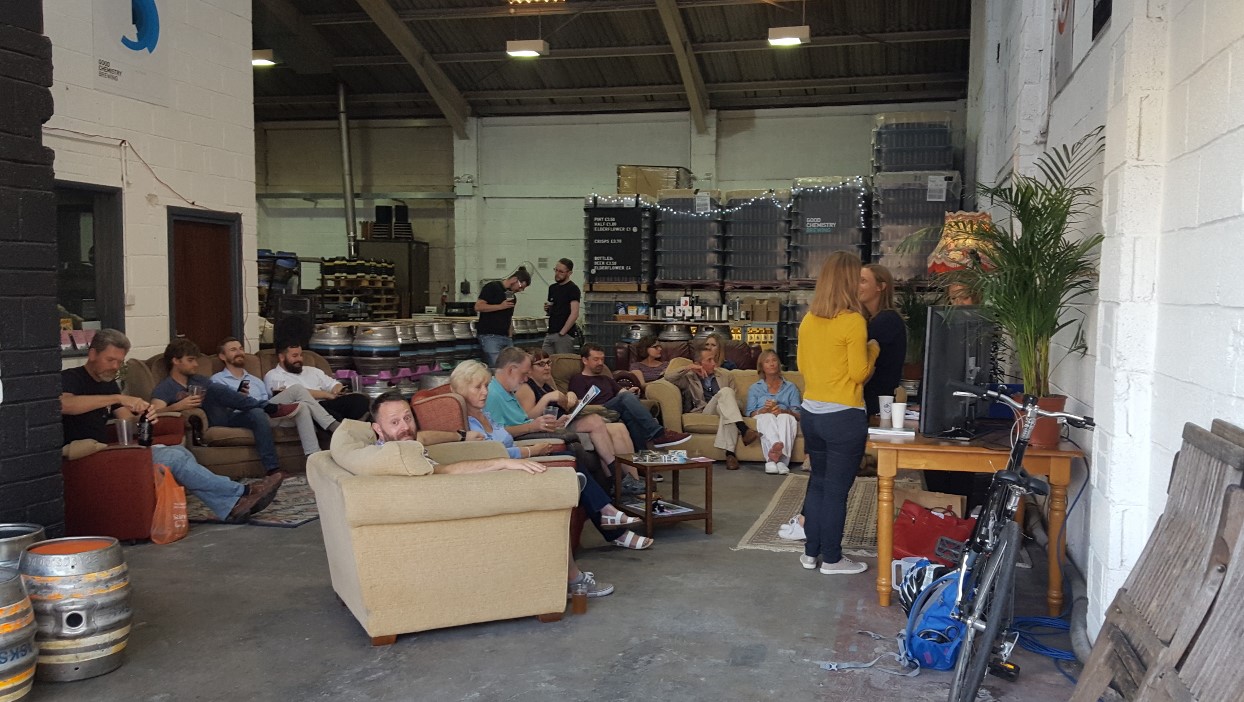 We would have loved to attend more events, as there was a real range and a lot of interest, but of course as it’s only a week long there is a lot of overlap, and we needed a night off sometimes!

The trade session on Friday afternoon meant plenty of familiar faces from all the local pubs and bars, and was loads of fun. Great to see so many friends and make some new ones too. The evening sessions were a much louder affair with big name DJs pumping out the tunes until midnight – think warehouse party but with really good beer! 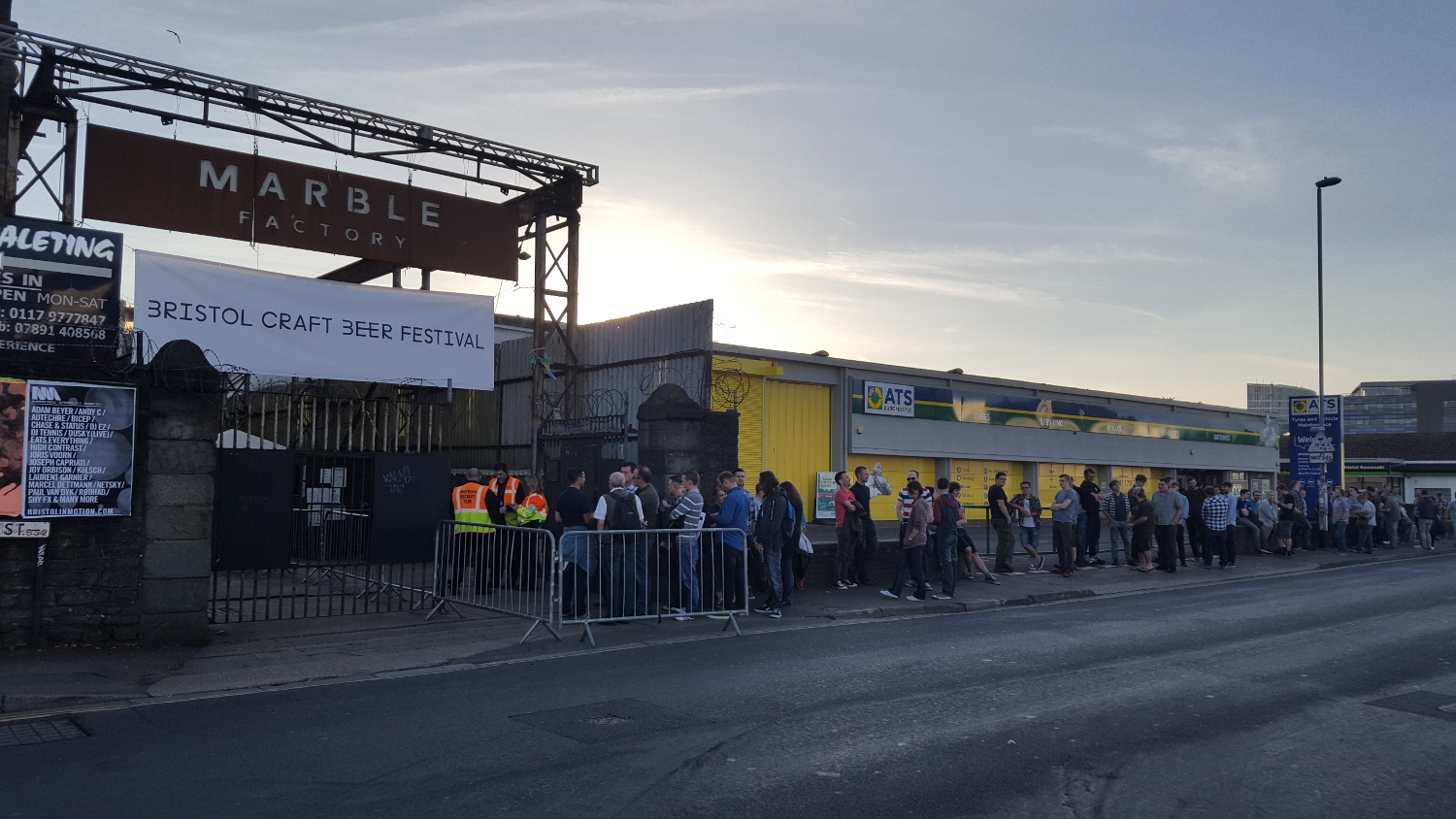 As all the beer was included in the ticket price, there was no money changing hands across the bars, aside from the occasional t-shirt purchase. With all beers poured as 90ml servings there was some concern that a lot of time would be spent queueing at the bars, but this was not the case at all. Tasters take no time at all to pour, so getting served was a speedy transaction, and the taster size was large enough to get a really good idea of the beer you had. 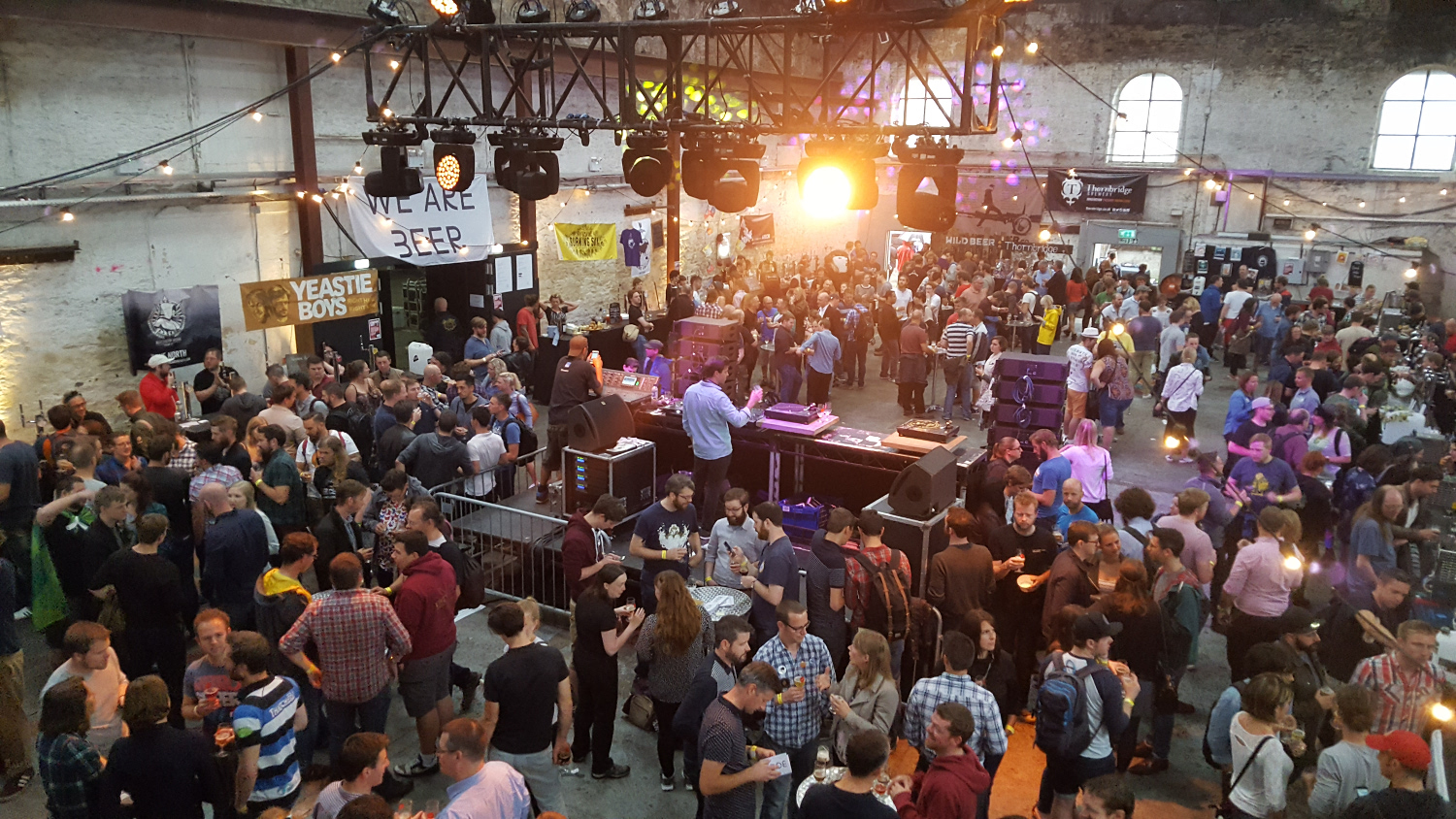 We loved the freedom of not having to worry about queues or change or selling, and instead have time to chat to everyone and answer all the questions about our beers and brewery. There were so many people there who really cared about the beer they were drinking and wanted to know all about it. Thanks to everyone who stopped by to chat!

Of the thirty-odd breweries involved, seven were Bristolian and ten international – from Spain, France, Norway, Sweden, Estonia, the States, Ireland and New Zealand. The beers of many of these breweries aren’t readily available in the UK, so it was a real treat to get to taste them and, in some cases, chat with the brewers who made them. And even some of the British breweries, like Magic Rock and Verdant, aren’t seen that often in Bristol, so these were great to explore too. 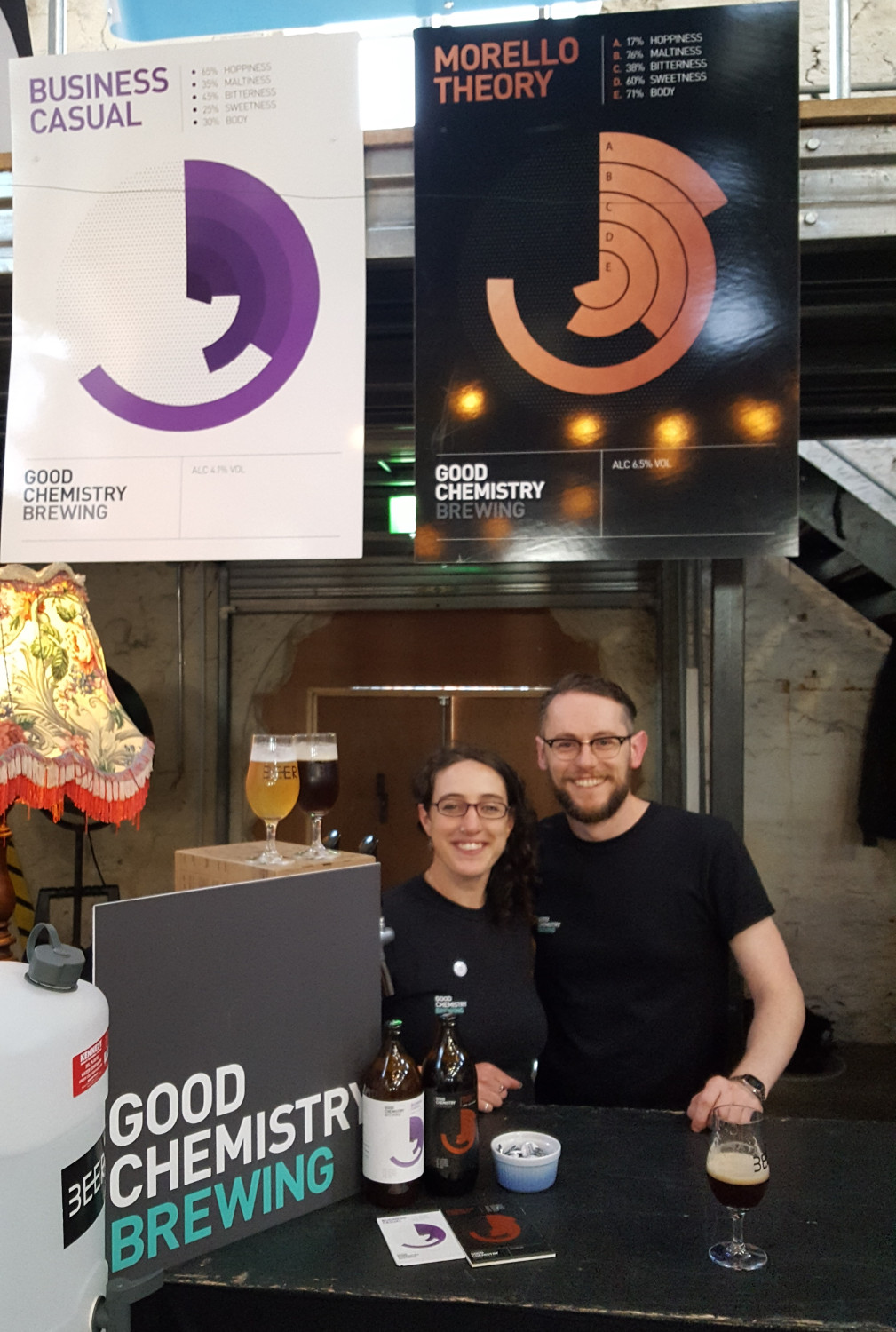 Events like this can take a bit of time to bed into people’s consciousness, and it was a busy weekend with lots of other Bristol Beer Week events taking place, as well as 20,000 people getting drenched with Massive Attack up on the Downs. But this seemed like a pretty good inaugural run, and nearly all the feedback we’ve heard, both face-to-face and on social media, has been positive. If you weren’t there this year you missed out and should definitely come along next year! We were very happy to be included, and really look forward to working with the BCBF chaps again in the future.